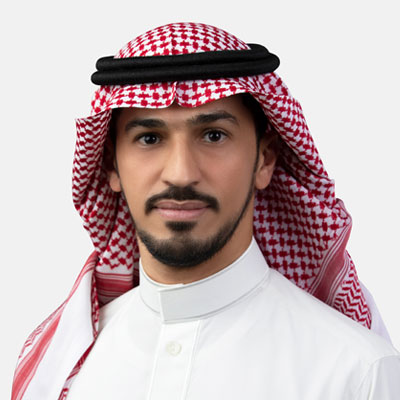 Faisal Bin Abdullah Almoshawah is a Founder and a Partner at the Firm. He has been practicing litigation in Saudi Arabia for more than 13 years before the Commercial, General, Criminal and Administrative Courts, The First Instance and Appeal courts, Committees of Securities Disputes, Banking Disputes Committee, Offices of Commercial Papers Disputes, Labor Courts, Enforcement Courts, Ministry of Commerce and Investment, Ministry of Tourism, Media, and their related committees. Almoshawah is a certified arbitrator authorized by the Commercial Arbitration Association of Gulf Cooperation Council States. He represents clients in their arbitral disputes as an attorney and was appointed as an independent arbitrator in several high-profile arbitral cases. In addition, Almoshawah has a notary license from the Ministry of Justice. Previously, Faisal worked as Manager of the Litigation Department at Saleh bin Abdulaziz Alrajhi and Partners Ltd Also, he had previously advised and represented various local and multinational companies such as Aseer Holding Co., Alamad Sa for Airports services, Maharah for HR, Direct Influence Co. and Alinma Fund for Education. Besides being a lawyer, Faisal is engaged in the legal research field, he has been appointed as a Legal Instructor in The Justice Training Center at the Ministry of Justice, and participated also in drafting some of the Saudi laws and regulations in the financial and business sector.