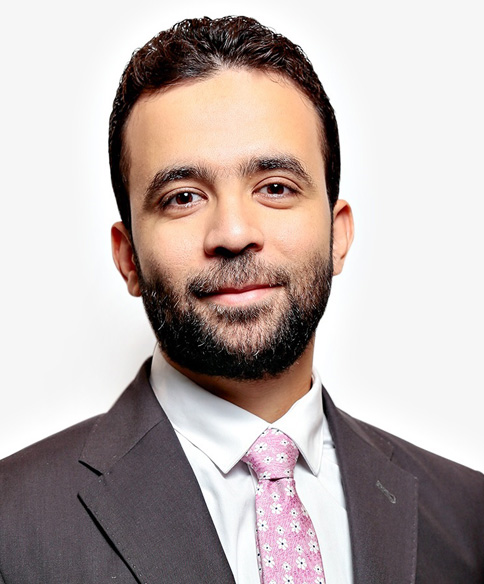 Hazem Magdy is a Senior Associate at the Firm. During the last four years, he advised a large number of international and local clients in many sectors, on a broad range of transactional matters, such as Microsoft, google, Monster Energy, Emergent BioSolutions Inc. and Sunovion Pharmaceuticals Europe. He participated with an international legal team that supervised the drafting of agreements related to construction and operation of water desalination plants and power generation plants in the Kingdom which are carried out by our clients ACWA POWER, ENGIE S.A Group. In addition, he participated with an international legal team that supervised the legislative and administrative structuring and planning for Amaala mega tourism project, which was launched in 2018 by the Public Investment Fund. Furthermore, Hazem assisted our team in several litigious and arbitral cases. and his work included preparing the statement of claims, defense memoranda, legal opinions, appeal memoranda, and other official documents and correspondences; and one of the important cases he participated in, is the representation of our Bahraini client, The International Banking Corporation, in the Financial Reorganization case related to the Bankruptcy of Ahmed Hamad Algossiby and Brothers, as well as the other related cases, whose aggregated value exceeds (11) billion Riyals. As for Saudi client, Hazem has provided his legal services, as part of our firm’s team, to some ministries and government agencies, such as the Public Investment Fund, the General Authority for the Diplomatic Quarter, the Diriyah Gate Development Authority, the Center of Legal Studies and Research, and the Council of Royal Reserves., He has also assisted in drafting one of the implementing regulations issued by the Ministry of Civil Services (currently named as Ministry of Human Resources and Social Development. Previously, Hazem worked for two of the Egyptian law firms, where he advised a large number of local and international companies and represented them before courts of different hierarchy and jurisdictions.

Hazem got LL.M in International Commercial Laws from Ain Shams University, and got his bachelor’s degree from English Section of the Faculty of Law, at Cairo University, Egypt.